Elise House — A Home for Women

Our first home was the rental of a five-bedroom, historic home, located on Ocean St., which we named Elise House after a woman who was instrumental in helping HnH get started. In 2017 this rental was replaced with a new Elise House that we purchased on 95 Chase Street. This awesome location offers the women who join our program the ability to access services with ease as well as enjoy some of what makes Cape Cod so wonderful.

Before Homeless Not Hopeless, Inc came into being in 2007, there were over 1200 people living in the woods or their cars or behind dumpsters on Main St. in Hyannis, according the “Point in Time Count” put together by area Housing and Urban Development (HUD) representatives. Now there are close to 300. Hundreds of people have transformed their lives thanks to the efforts of the education and opportunity they get from Homeless Not Hopeless.

Homeless Not Hopeless has put together a working model for this program that entails some structure that is lost when an individual experiences homelessness. Our goal is to provide these women with a sense of freedom, while at the same time encouraging responsibility. Some of those responsibilities include the payment of community fees to help the house continue to run, household chores so that the house remains in good condition and the showing of respect for each household member.

Cable, telephone and internet access are also available to each of the ladies at Elise house. We also offer basic computer training for those who have no computer knowledge, basic life skills help (budgeting, cooking, balancing a check book and such) for those who are in need.

Each room is fully furnished for the women, and we try to provide all basic needs. Towels, linens, pillows, basic toiletries, cleaning supplies, Laundry soap, bleach and basic food items are just some of the things that we provide and donations of such are always needed.

Turhe Admiral Cooke House was the first acquisition for our organization purchased in 2010. Thanks to the generosity of many people, this purchase of a seven bedroom home on Baxter St. in Hyannis allows us to provide a home for 9 additional men which expands our total to 26 formerly homeless men and women.

The name for this house, the Admiral Cooke, comes from the name of admiration and respect granted a young man named Robert Cooke as he served as the captain of his college sailing team. Rob Cooke was a Cape Cod success story. One of the top students at Dennis-Yarmouth Regional High School, he was the youngest licensed real estate broker in Massachusetts, even before he went off to college in 2002. A top student at Hampshire and Amherst Colleges, Rob went on to earn a Fulbright Scholarship, which led him to serve and teach in Germany, where he met his wife, Kate Yoo McCrery. After Germany, Kate and Rob went on to teach English in South Korea through a program run by the Korean Ministry of Education. Sadly, while out on a hike one day, Rob died of a heart attack at the age of 26. His friends, teachers and relatives would like his spirit to live on in this house. Rob’s life was dedicated to serving others, teaching and living life to the fullest. He never passed up an opportunity to explore the world or help others. Finally, you may ask, “why the name Admiral Cooke?” After all, he was just a young person who never served in the Navy. The answer to that question was revealed at Rob’s funeral service when one of the co-captains of his college sailing team told the story of the naming of her fellow captains. One of the fellows had a red beard, so he was called Captain Red Beard. The young woman telling the story had a last name of Morgan, so she was called Captain Morgan in the spirit of the famous rum. But in thinking of Rob Cooke, they could not just call him Captain Cooke; Rob was more than that — he was the Admiral. Hold your head high when you pass through the doors on this home. Here you’re not just someone trying to get by; you are someone spending time with the spirit of the Admiral.

Eve’s House — A Home for Women 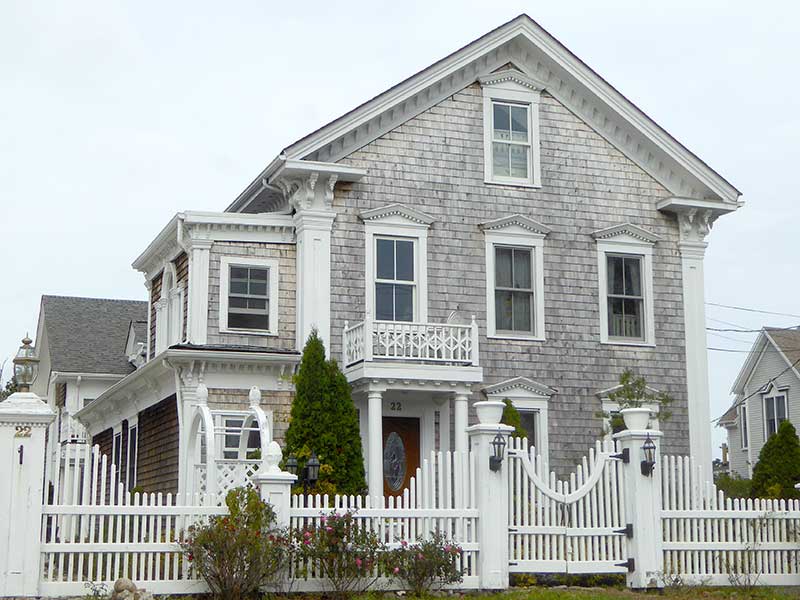 Eve’s House, 22 Main Street, Hyannis was  purchased in 2012 through the support of many friends. It was named in honor of Eve Carey whose business, Eden Hand Arts, provided significant funds for the purchase. It is a house for women and provides a home for 14 women. Eve’s House provides a safe place where women can learn basic life skills and regain their self-respect.

Billy’s House — A Home for Men

Billy’s House, 45 Newton Street, Hyannis  purchased in 2016 through the support of many friends and another sizable donation replaced a second rental (Faith House) on Ocean Street.  It is named in honor of one of HnH’s founders, Billy Bishop and is a house for 14 men.